... and their answer to everything

The Samsung Galaxy S is still one of the best phones out there for Android. Lightweight, great colors, no judders like other phones in the same price range. But there is still one problem with the stock Samsung firmware. Laggy applications when compared to other phones. The problem is known, the filesystem access is really slow compared to e.g. a Nexus One. I first noticed this while developing an application and writing some debug information to the filesystem on each app start. While the startup time on a Nexus One or a Galaxy Tab was somewhere between 2 to 4 seconds, it took around 8-10 seconds for the SGS to get up and running.

But not any longer, Open Source to the rescue. The people behind Project Voodoo have a fix by converting the proprietary RFS filesystem found on stock SGS to Ext4. To compare the performance of stock and voodo i have used a free app called Quadrant Standard Edition. 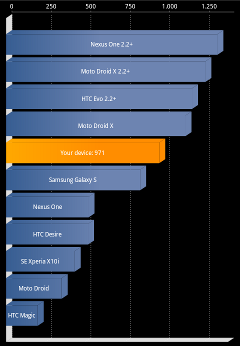 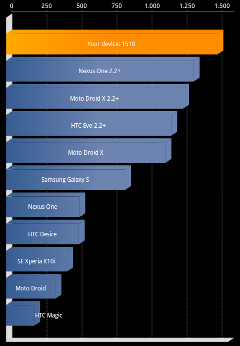 On the left side you see the performance of the stock firmware, while on the right side the voodoo lagfix has been applied. While the benchmark not only tests filesystem performance, the result jumped from 970 to 1510 points. An increase by 55 percent simply by converting the filesystem. The result is noticeable, laggy apps now appear much faster. The best example would be the new Android Market app. The UI feels snappy and no noticeable lags that happened with the stock firmware.